Keen to offer a solution to help combat the UK’s growing air pollution issue that has become more and more prominent in the media over the last year, Tobermore has introduced AirClean® – an innovative paving range that is manufactured with photocatalytic properties which works to effectively reduce air pollution levels.

A large percentage of the UK’s air pollution problem is caused by the release of Nitrogen Dioxide (NO2) into the atmosphere. This most commonly occurs as a consequence of the inefficient combustion of fuels for transport, power generation and living resources such as home heating and cooking.

The current legal limit for NO2 is 40 μg in each m³ of air, however, research conducted by the BBC has found that many UK cities are not meeting the legal limit, with areas within central London reaching a staggering 152 μg. The fact that NO2 is an invisible gas has meant that this issue has been overlooked for many years as it’s not something that we are consciously aware of in our everyday lives.

The danger of air pollution, particularly high levels of NO2, is that it can inflame the lungs and cause long term health issues such as acute and chronic respiratory diseases. With air pollution linked to 40,000 early deaths a year in the UK (Royal Colleges of Physicians and of Paediatrics and Child Health) and 6.5 million deaths worldwide (International Energy Agency), it is currently one of the largest public health issues we face.

Tobermore introduced the AirClean® paving range as part of an overall strategy to help tackle the problem. AirClean® products are active concrete paving systems that work to effectively reduce levels of NO2 in urban environments.

AirClean® paving is manufactured with photocatalytic concrete technology built in and uses tried and tested nano technology and natural daylight to oxidise harmful NO₂ gases and transform them into harmless nitrates that are washed away by rainwater and transported to sewage systems.

Tobermore has been working with Nudling, who produced the first photocatalytic paving product in Germany over ten years ago, to supply and deliver an AirClean® range that meets the needs of architects and planners in the UK. Paving blocks with photocatalytic properties have been scientifically proven by many European research projects to make a measurable and lasting contribution to reducing urban air pollution over the last decade.

Want to know more? Book a CPD with Tobermore’s team of trusted advisors. 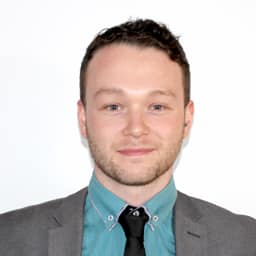 About the Author: Jack Sweeney

Jack is a Senior Specification Executive at Tobermore and has played a key role in championing the AirClean® product range and educating the UK team and customers alike on the innovative range.

View all posts by Jack Sweeney
Back to blog

In a bid to support the circular economy, leading paving and walling manufacturer, Tobermore has…

Tobermore’s Braemar block paving and flag range is manufactured with natural aggregates that emulate the distinct aesthetics of natural stone.