Tobermore introduced Southwark with a solution – the City Pave VS5 block paving system. The innovative product incorporates shift protection on five sides of each block via interlocking nibs and a specially profiled bottom surface that claws sand beds. These innovations provide continuous protection against shifting.

David Farnham, Highways Design Quality Manager at Southwark Council, explained: “Southwark boasts some of central London’s great destinations – from the tourist sites around London Bridge, Tower Bridge and Bankside, to vibrant neighbourhood centres like Peckham, Camberwell and Dulwich. The quality of our streets is a big part of the appeal, and residents and visitors expect them to be attractively landscaped and well maintained.

“Installing paved areas in roads at crossings and junctions helps provide that quality of place whilst also having a calming effect on traffic. This is something we support as part of a tool-kit of shared space design measures. However, it poses some real design and maintenance challenges.”

Whilst the trend in central London over recent years had been to install natural stone sett surfaces within a rigid construction system, Southwark Council found this to be too costly for most locations and difficult to reinstate. Meanwhile, complex detailing was needed if all too common defects were to be avoided, even under moderate traffic. The Council identified concrete block surfacing, used within a flexible construction system, as a potentially simpler and cheaper alternative – provided certain requirements could be met.

David Farnham commented, “We wanted to replicate the appearance of modern natural stone surfaces as faithfully as possible. In order to look the part, any concrete blocks had to be capable of being laid in stretcher bond on busy roads. That’s difficult with a flexible system as a herringbone bond is typically needed to increase surface interlock and prevent individual blocks from shifting. If not avoided that can lead blocks to work lose and the surface to rut. Also, in order to have a traffic calming effect we needed blocks to be quite large and to have varied finishes so approaching drivers would notice them. Traditional 200×100 concrete blocks weren’t compatible with these needs.”

Tobermore introduced Southwark to their solution – the City Pave VS5 block paving system. The innovative product incorporates shift protection on five sides of each block via interlocking nibs and a specially profiled bottom surface that claws sand beds. These innovations provide continuous protection against shifting from horizontal and vertical loads, all within a traditional rectangular shaped block. The system even outperforms other interlocking blocks often used in goods yards and other heavy load areas. It gives designers the freedom to use flexible construction systems with confidence – even when laying blocks in stretcher bond on busy roads.

City Pave VS5 also offers a hard wearing granite aggregate surface layer that produces a striking finish, similar to the appearance of natural granite. As well as the aesthetic appeal, the hard wearing surface layer improves the strength and durability of the product.

Southwark Council specified the product in a mix of Silver, Mid Grey and Graphite colours to mimic the natural variability of stone. The combination of the three product colours and the larger element 300x150x100mm size of the City Pave VS5 block was used to create the desired ‘traffic-calming’ effect.

City Pave VS5 was installed on streets across the borough, including Camberwell Green, Borough High Street and Blanchedown Road – typically as part of raised table features at junctions and crossings. 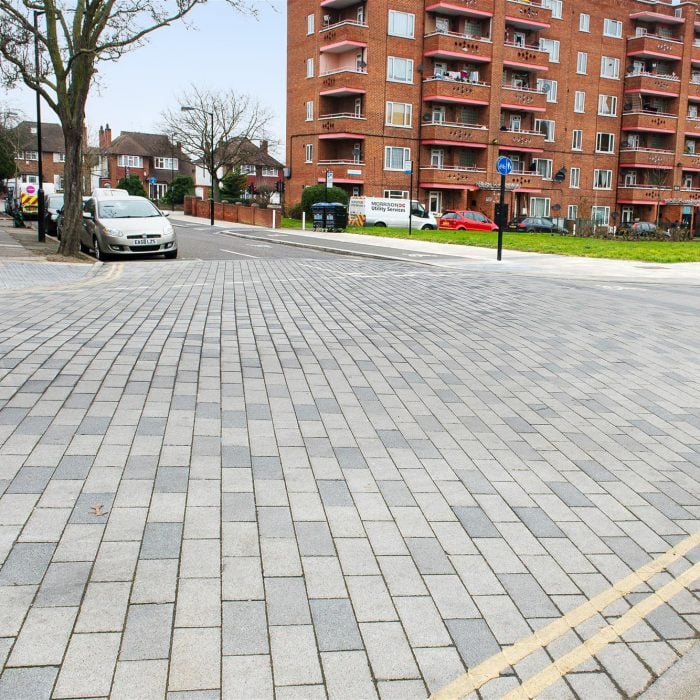 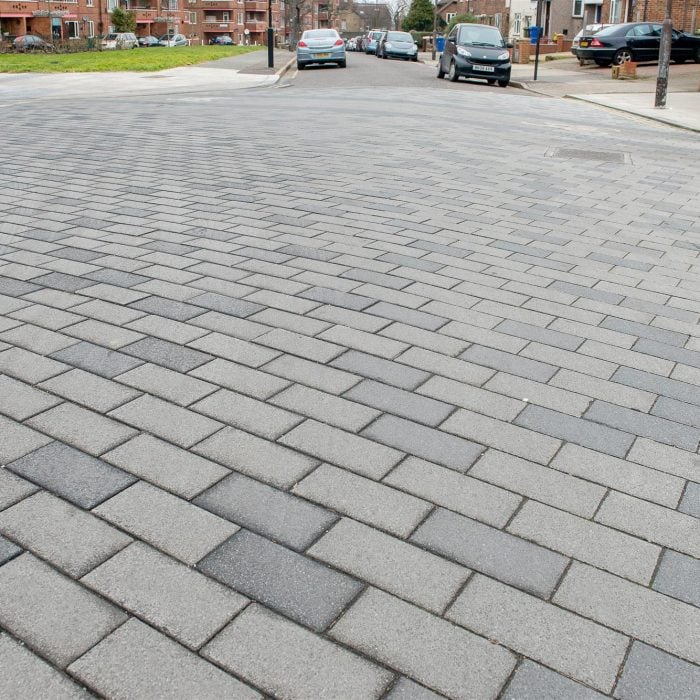 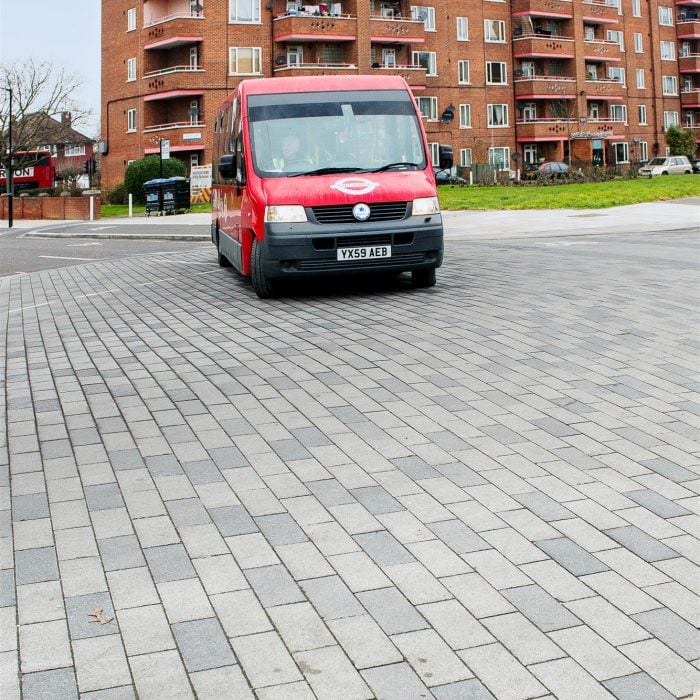 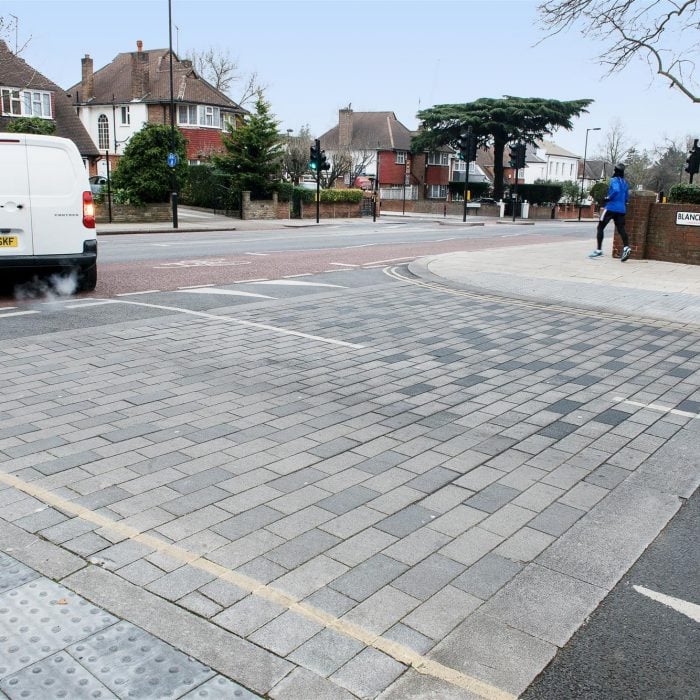 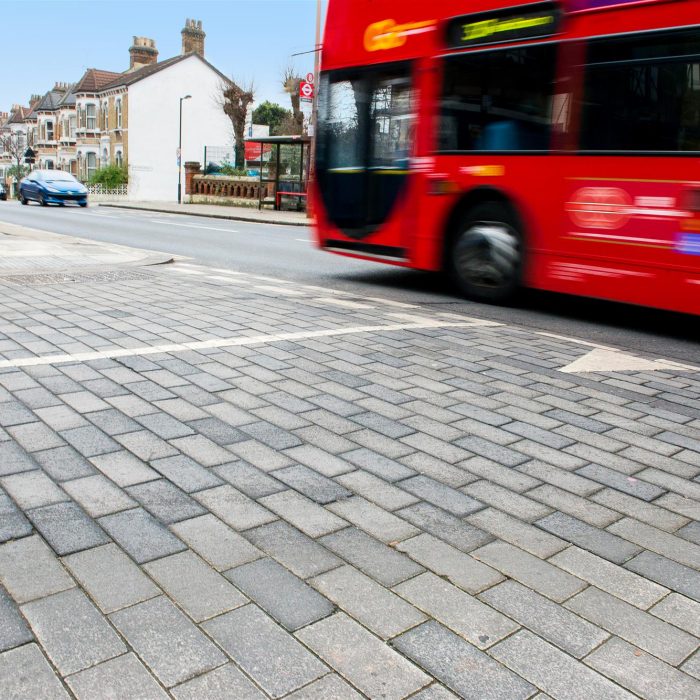 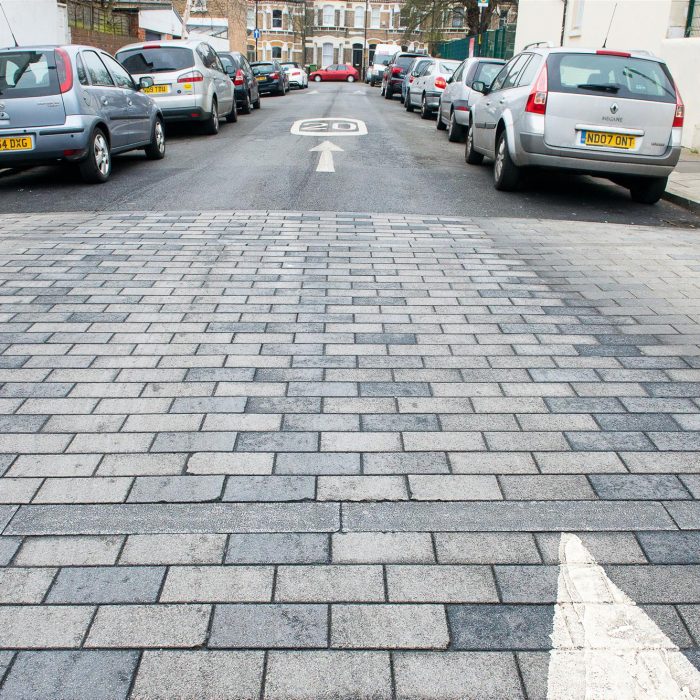 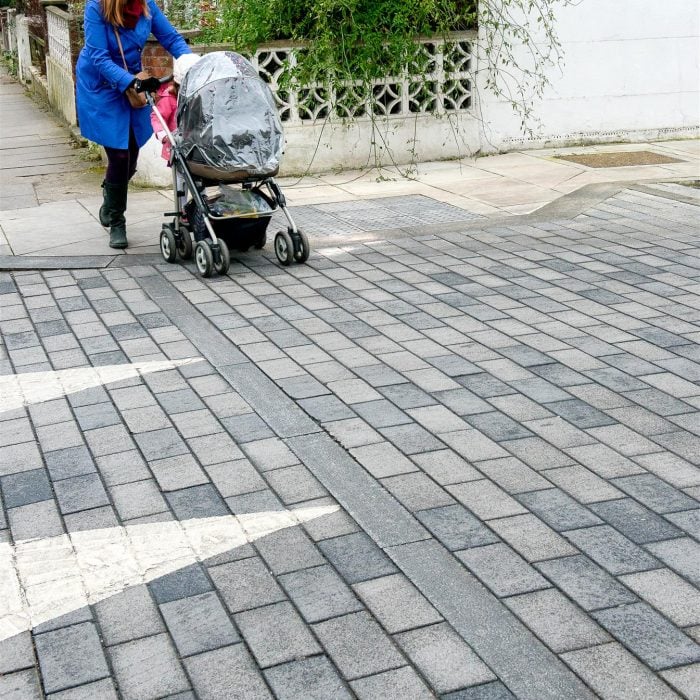 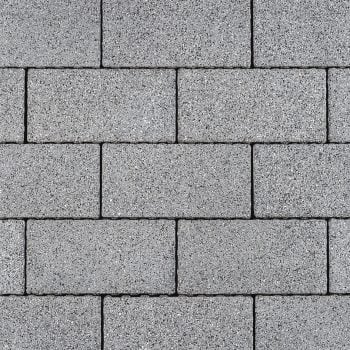 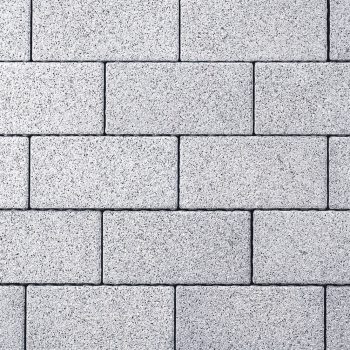 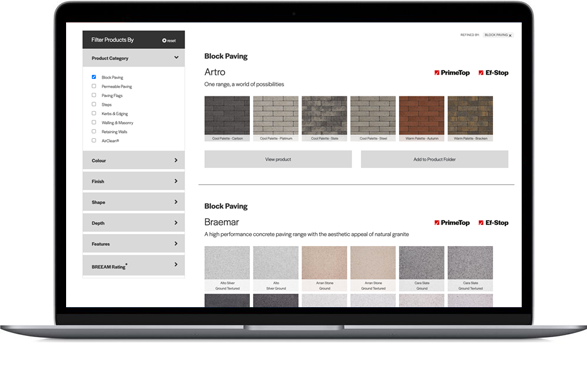